Two more daughters were born and the von Trapps were content with their lifes. In 1935, Father Wasner entered their lives. It was he who brought sophistication to their family hobby - music.

The natural freshness and purity of their voices awarded them the first prize in a choral competition during the Salzburg Festival in 1935. The family, who had lost all its money during the depression, was invited to give concerts throughout Europe.

In 1938, Hitler entered Austria and the von Trapps decided to save their spiritual rather than their material wealth and left their large estate outside of Salzburg for the United States. As if going out for one of their usual family hikes with knapsacks on their backs and dressed in mountaineering clothes, they left their house and belongings behind. They took trains through the Austrian Alps, crossing the border to Italy and on through Switzerland, then France to London, and finally a boat to America.

In September 1938, they arrived in New York. There were nine children with a tenth on the way, and they were accompanied by Father Wasner, who had become their family chaplain. Under his direction, singing turned into a profession and they became known as "The Trapp Family Singers". The family traveled throughout the United States on concert tours for eight months. After this period, their US-visa was expired and the Family Singers were forced to leave the country. Thanks to concert invitations, however, they managed to get their visas for Scandinavian countries.

When World War II broke out in September 1939, their American manager sent them tickets for the next crossing, so that they could fulfil their contracts with him.

The bus with "The Trapp Family Singers" painted on it was their only home during the first two years in the United States. 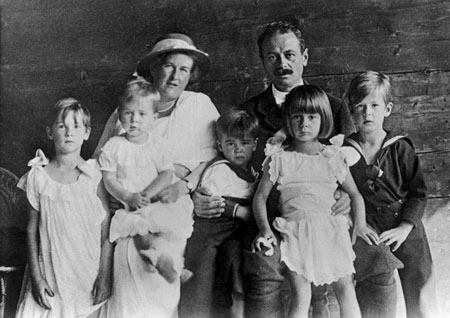 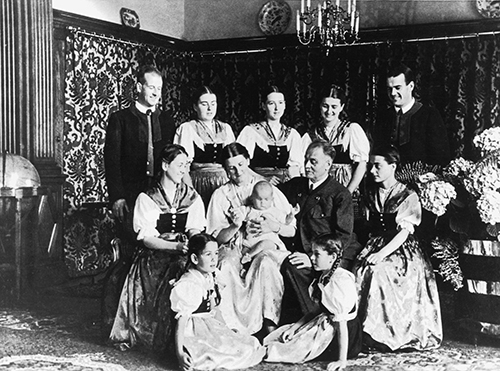 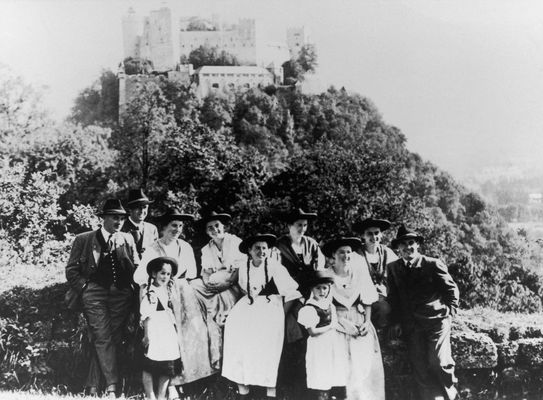