Due to the success of the Trapp Family Singers through their concerts and tours throughout the United States, various publishers tried to convince Maria to write her memoirs and the story of the family choir. After her initial hesitation, Maria von Trapp’s story was finally published in 1949. "The Story of the Trapp Family Singers" became one of the best-loved books in America. The German version was published in 1952 under the title "Vom Kloster zum Welterfolg" – From the Abbey to Success.

Despite earlier concert trips in Austria and sending relief parcels to war stricken families after WWII, the family was practically unknown but this book raised their popularity. The touching story of the novice, who lovingly took care of children who had lost their mother and then going on to become a Baroness, piqued the interest of a German film company who produced two films - "The Trapp Family" (1956) and subsequently "The Trapp Family in America" (1958).

Maria was actively involved in writing the screenplay for both the films, so they accurately portray the eventful life of the Baron and his family.

Both films became box office successes in Germany and Austria, partly due to the famous actors and actresses in the leading roles: Ruth Leuwerick as Maria von Trapp, Hans Holt as Baron von Trapp and Joseph Meinrad as Dr. Wasner. The films were known as "Heimatfilm" (Fatherland film), a genre that was extremely popular in the post-war German speaking world.

Idea, creation and filming of

This success was watched closely by Hollywood producers who decided they wanted to make a film of the musical. The screenplay was again based on the memoirs of the Baroness von Trapp. They bought the rights to the film from the German producers and it is a well-known fact that Maria made very little profit from the first German films and did not profit at all from the later success of “The Sound of Music”.

Some of the scenes in the film echo the direction done in the original films by their German colleagues even though “The Sound of Music” makes significant departures from the real story.

This upsets Trapp-purists but has not harmed the film’s continuing worldwide success and it’s memorable songs. 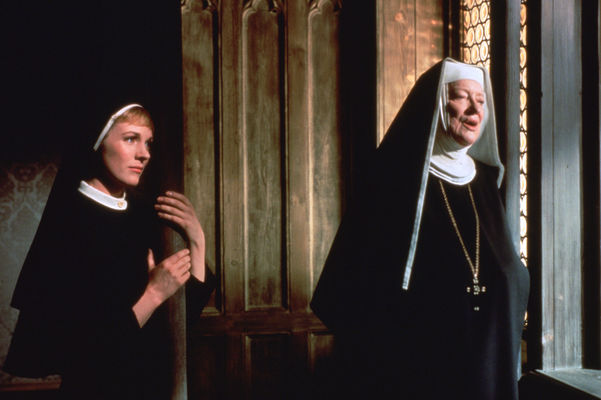 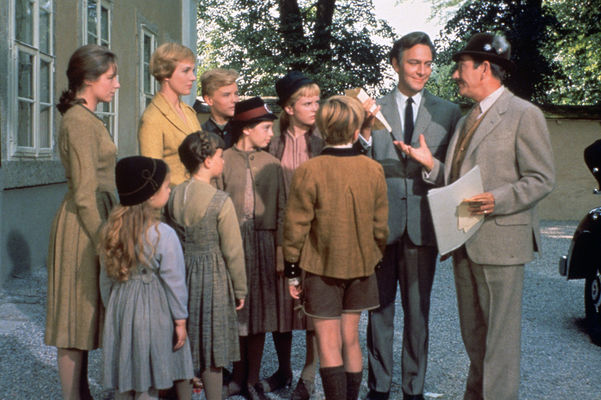 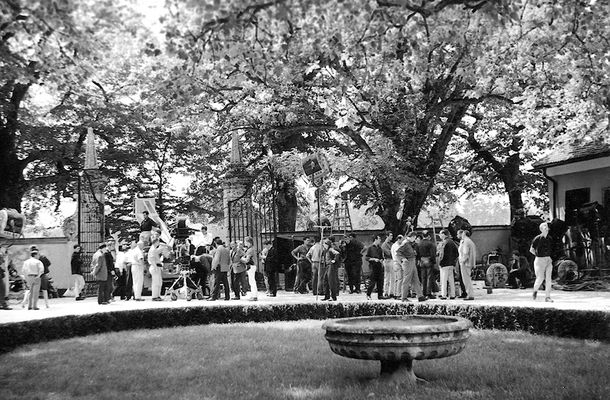 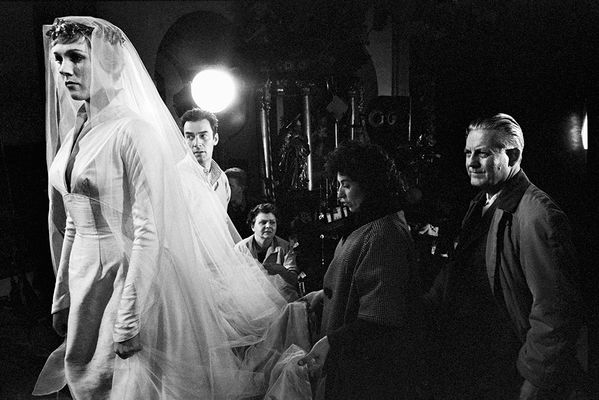 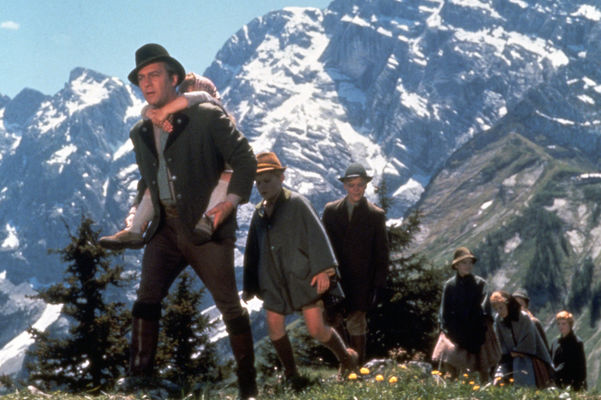 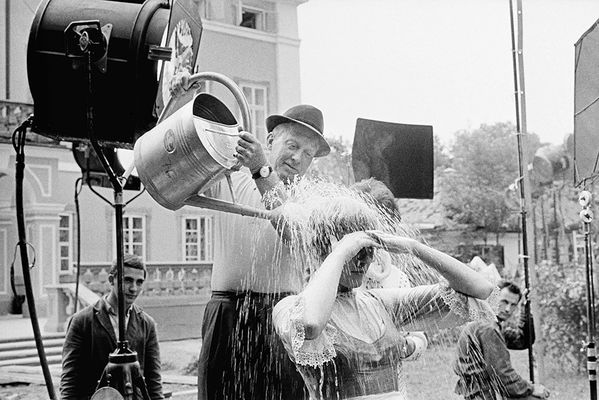 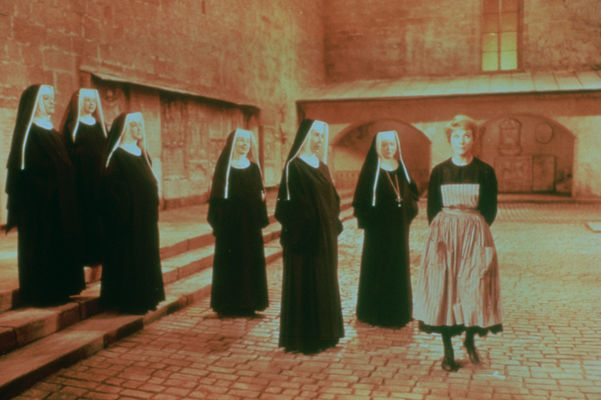 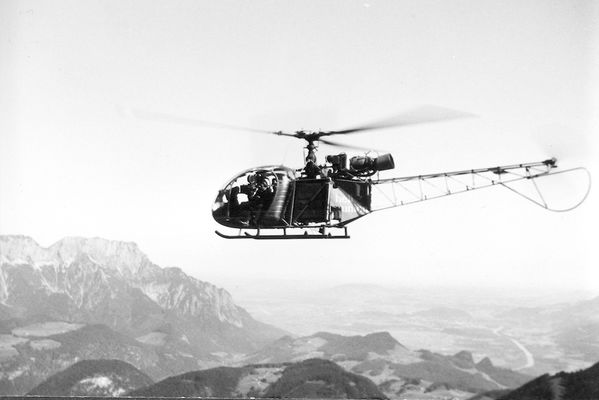 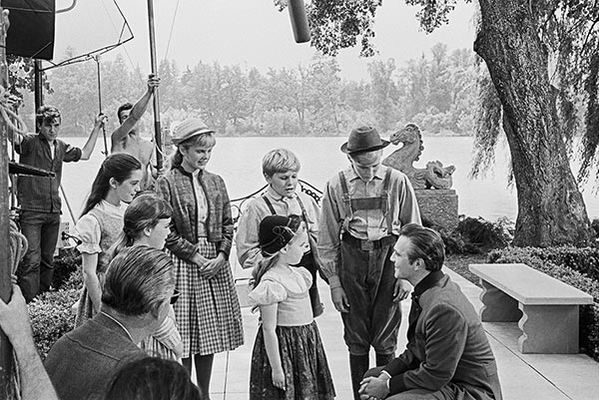 Maria, a novice at a strict Salzburg convent, loves the majestic landscape of the Alps and often forgets about her religious duties and instead goes hiking on the mountains. The Mother Abbess, a very wise woman, thinks Maria might be better suited to life outside of the convent and decides to send her to Captain von Trapp's home to be the governess to his seven children.

When she arrives there, Maria is surprised at the military discipline which their father, a distinguished and widowed naval officer, exercises over his children and discovers that she is the latest in a long line of governesses that the children have driven away. Maria takes a different approach, instead of educating the children she introduces music into their lives. She teaches them how to sing, play and laugh and is rewarded with the children’s sympathy and love.

The children perform a puppet show for their father and this is where we see the blossoming love between the Baron and Maria for the first time. However, just a few days later the Captain presents Baroness Schroeder to his children as his fiancée. During a ball, the Captain and Maria perform a traditional folklore dance for the children and while they are dancing they discover their feelings for one another. Baroness Schroeder encourages Maria to leave the Trapp family home immediately and she flees back to the convent.

The children soon feel the loss of Maria and think about ways to make her come back meanwhile the Captain decides to marry Baroness Schroeder. Back at the convent Maria confesses her love for the Captain and the Mother Abbess makes her climb every mountain for her love. She hurries back to the Trapp family home only to find that the Captain has set his mind to marrying the Baroness. However, the Baroness sees the true love between the Captain and Maria and leaves. Maria marries the man she loves in the abbey where she was a novice accompanied by the seven children.

In a twist of fate, when they return from their honeymoon the Nazis have already seized occupation of Austria. The Captain plans to escape from enforced naval service and sees his opportunity: the whole family is to take part in a choral festival at the Salzburg Festival Hall. This is where the captain sings “Edelweiss”, an expression of his love for his country just hours before he has to leave it forever. The von Trapps make a dramatic escape after hiding out in the cemetery at the abbey.